A mixer tap is ideal for the bathroom, shower, and even the kitchen. Almost every Singaporean home has a water mixer tap, yet you may still ask, why should you be considering this type of tap installation? This is due to the benefits of using mixer taps, which we will explain shortly.

A mixer tap is known for its symmetrical and sleek appearance. You have a wide range of styles to choose from. They can have contemporary, sharp lines or can be curved and have a standard arch shape. There are factors that you need to consider when choosing a tap for your bathroom or kitchen. Whichever you choose, they will add character to your bathroom or kitchen 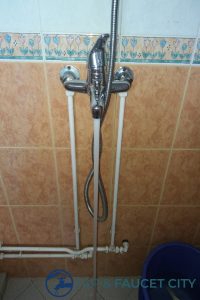 Mixer taps (e.g., basin mixer taps and kitchen mixer taps) are great for bathroom sinks and kitchen sinks. You can even mix and match by using a mixer tap on your bath to separate cold and hot taps on your basin. Mixer water taps can prove to be even more versatile – for example, you can add a shower mixer tap to your bathroom so that you can switch between a shower attachment flow and flow from your taps. 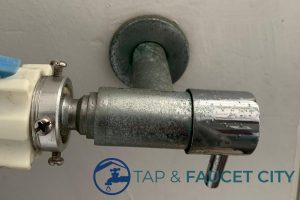 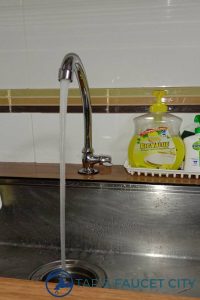 A mixer tap is very useful when running a bath. When you use two separate taps, you run both simultaneously, possibly fully opening the hot tap. It may not be easy to get the right mix, and you may need to keep on standing and checking. Another option is to run hot water and then add cold water, it may cause burns which is dangerous, especially for children. As compared to other types of taps, a mixer tap is more convenient because it helps you achieve the ideal temperature. You can find your perfect temperature and let the bath fill without having to stand and check now and then.

Using a mixer tap is safer since the water is always at the right temperature-never too cold or too hot. Thus, there will be no risks of experiencing scalds. A mixer tap is not only safer but more affordable. They are usually installed along with a flow limiter which prevents excessive water from being taken from cold and hot pipes at the same time. Using hot water in a single flow will more likely save you money. This also benefits the environment and reduces your utility bills.

There are 5 benefits of having mixer taps in your bathroom, kitchen, and even shower. They include the following: it has a wide range of modern designs to choose from, it is versatile, convenient, cost-effective and it is easy to use. If you want your mixer taps installed perfectly, engage professional plumbers with tap services as they have the skills and experience to do the job.

Looking for End-to-End Tap Services? Whatsapp Us for Help! WhatsApp to Start Now! It can be very inconvenient and costly to use toilet paper after...

7 Points to Note When Choosing A Two Way Tap

Looking for End-to-End Tap Services? Whatsapp Us for Help! WhatsApp to Start Now! Like most people, perhaps you do not give your tap fair...

How to Choose A Faucet For Your Bathroom or Kitchen It is difficult to imagine a kitchen or bathroom without a faucet. This is one of the...

Tips On How To Maintain Your Shower Sets

Looking for End-to-End Tap Services? Whatsapp Us for Help! WhatsApp to Start Now! Ideally, water should flow from the nozzles of the showerhead at...