Taps inside the bathrooms and other areas of the house allow users to get water whenever they need it. Ideally, water should flow out of the tap when it is opened, and no water should flow out when the tap is closed. However, there are some instances where homeowners find that they have water leaking from their tap even if it is closed. It is important to understand the reasons for this tap leak to prevent further damage to your monthly water bills. Some of the most common causes of leaking taps are described here in detail so that homeowners can ensure that the plumber they hire uses the right method to fix it. 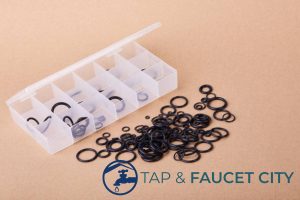 An O-ring is a small ring or disc-like rubber or sometimes leather that fits in your tap and forms a watertight seal so that there will be no leaking tap when it is closed. Over a period of time, this becomes damaged or loose, and it will most likely cause a water leak. Replacing or repairing the O-ring should stop the leakage. 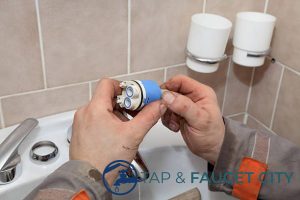 The cartridge is the most important part of the tap. This controls the temperature and pressure of the water flowing through the outlet. In some cases, some heavy objects may fall on the cartridge and damage it. In other cases, if the tap (e.g, kitchen tap or basin tap) is used frequently for many years, it may be damaged due to wear and tear. Some of its parts may get eroded or break off, resulting in water leaks. Replacing the damaged cartridge is recommended since it is cheaper than a tap replacement. 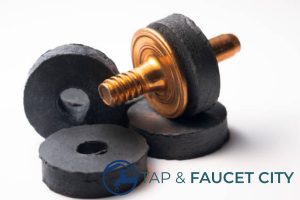 There is a washer between the handle of the tap and cartridge or water tap valve that controls the flow of water. After a few years, since there is pressure whenever the tap is opened or closed, the washer may get damaged. The water can cause corrosion of the washer, some parts will get rusted, and get washed away. When the washer is damaged, there is a gap through which water flows causing the leakage. Replacing the washer is a quick and inexpensive way to stop the leak.

Accumulated Sediment From The Water

In some areas, hard water with a higher concentration of calcium, lime, and other dissolved minerals is supplied. In other cases, the water may also have mud and other sediments. The dissolved minerals in the water may chemically react with different parts of the tap, and some of these components may get corroded resulting in gaps. Due to the forming of sediments, the valve which controls the flow of the water may not close completely when the tap handle is closed, resulting in water leakage. Hence it is advisable from the time of the tap installation to schedule cleaning using vinegar to remove sediment.

If there is a problem in the plumbing systems like a pipe blockage, the water flowing in the system will try to find other outlets which may result in the tap water leaking. In some areas, the water pressure is higher during some times of the day. If the water leakage is noticed only for a few hours in a day, and there is no water dripping at other times, the problem is probably due to high water pressure. It is best to contact a plumber to get the piping and plumbing system in the house checked out to find the reason for the increasing pressure, since other parts of the plumbing system may also be adversely affected by this.

There are a lot of things you need to know about taps. Therefore, it is best to be familiar with all of its parts because when pressure is applied to the tap when it is used, some of the parts may become loose due to the force applied after several years. The water pressure and corrosion may also loosen the parts of the tap. Since the components in the tap are not tightly fixed together, there may be small gaps that will lead to water leakage in the taps. If the parts like the seals are not damaged, they should be tightened.

A water leak is a common problem for taps. Getting it fixed is a must because if it is ignored, it can cause more problems especially in your month’s water bill. It is also important to know the reasons why your tap is leaking to know how to properly fix the issue. You must keep an eye on its O-ring, cartridge, washer, and other parts that might be loose. Accumulated sediment from water and extremely high water pressure can also cause the water leak of your taps. Some of these can be an easy fix but it is still better to engage a professional plumber that focuses on tap and faucet to assist you in repairing any leaking taps.

Everything You Need to Know About Shower Sets: A Comprehensive Guide on Shower Sets

Looking for End-to-End Tap Services? Whatsapp Us for Help! WhatsApp to Start Now! Showers play a significant role in our home, which is why it is...

Why are Hand Shower Sets Popular in Singapore?

Looking for End-to-End Tap Services? Whatsapp Us for Help! WhatsApp to Start Now! If you are looking for the best showering experience, then...

Looking for End-to-End Tap Services? Whatsapp Us for Help! WhatsApp to Start Now! Mixer taps are used to supply water to multiple faucets. For...

How To Maintain Your Faucet To Keep It Looking Shiny

How Much Does It Cost To Install or Replace Water Taps In Singapore?