A nice warm shower is something all of us crave after a long tiring day. To enjoy a pleasant experience, we do need to invest and install taps with a good-quality shower. However, most of us ignore our shower taps. A shower tap deserves attention as it can make or break your showering experience. To help make things easier, here is the complete guide to shower taps: 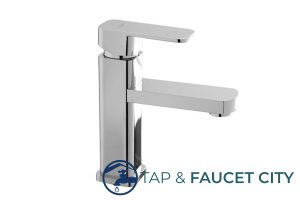 A bath monobloc tap or mono mixer tap offers great functionality. This makes an ideal choice for small spaces or tight angles. Even if you have a limited space enough for just a single tap hole, a mono mixer shower tap can easily be installed. For those who are interested in a minimalist, contemporary style, these are the perfect type of taps/faucets to install in your home.

This is one of the most common shower taps and you can find them in many different finishes and styles. Whether you are designing a traditional suite, creating a family bathroom, or even redesigning some bathroom that you do not use often, a 2-hole bathroom tap will serve as an ideal option. Since most of them work with low pressure, it will prove to be a perfect solution for many people.

A centrally placed shower tap with two bath valves mounted side by side, for the flow of hot and cold water is excellent. If this sounds right to you, then 3-hole shower tap is a common type of faucet you need.

One of the best shower taps that you can opt for is those with 4 and 5 holes. This is the best option for vintage or modern bathrooms. The 5 hole bath tap combo generally includes a diverter water tap valve as well, which is a much better alternative to the standard levers. 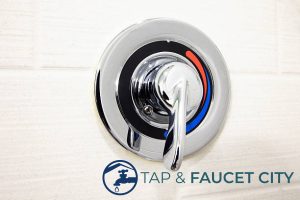 Concealed shower valves are basically thermostatic valves, which if you choose, the plumbing will remain hidden behind your tiled shower wall. Additionally, a thing you need to know about taps is for this purpose, a recess is created in the wall before tiling the shower valve and the pipes of the valves are then fitted. Tiling is done right over the pipes to prevent them from getting noticed.

After the installation, parts of the shower valves that you will get to see are just the handles. This kind of shower valve is very popular because they prevent the unsightly pipes from getting noticed and your shower gets a clear and minimalist finish.

However, the price of the equipment, in this case, is a little more compared to the exposed shower valves, and even the installation expenses are also higher as more work will be involved.

Nonetheless, if you choose a plumbing professional then things can be different. Each plumbing professional has years of experience to ensure that your tap is properly installed. They have also installed shower valves and taps in many homes in Singapore. They are known for their thorough professionalism and timely completion of work. They also offer great tap faucet services at reasonable rates. Even if you choose to install a concealed shower valve, they shall charge reasonably for their excellent services. 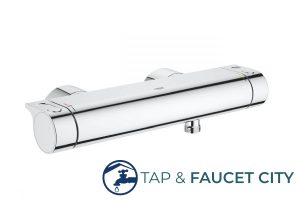 There are four types of thermostatic shower valves that you need to know about. Let us get to know about them right away.

This is the standard kind of thermostatic valve wherein the temperature is controlled by one handle and the other handle controls the on/off function and the water flow. This is ideal to control on a single shower like an overhead shower.

This kind of valve is ideally used with double showers wherein you need both showers to work together. You will generally get this kind of shower as a handheld shower and a fixed overhead shower.

These shower valves come with three handles – one to control the temperature and to ensure the temperature of both showers remain steady and identical. The other two handles are for the on and off function and to control the flow of the water. It is ideal to hire a plumbing professional to install your triple thermostatic shower valve as they know how to install a tap and other bathroom fixtures in an efficient way.

This one is used with double showers, where you can have a handheld shower wand as well as an overhead shower. This is another reason why hand shower sets are popular in Singapore. However, when you use this valve you cannot get water flowing together from both heads.

The valve comes with two handles. One is the on and off handle, which also lets you switch from on to another showerhead. The other handle controls the water temperature.

This kind of shower valve can help three shower outlets. This would usually include a handheld shower such as the Fidelis Shower Set FSS-56305, an overhead shower, and a body jet that will stream out water from the wall.

This also comes with three handles. One valve controls the temperature of the three outlets. The other one will operate the body jets independently, help switch them on and off, and control the flow of the water. The third handle is an on and off switch that maneuvers the other two shower outlets and there is also a switch that lets you interchange the two. 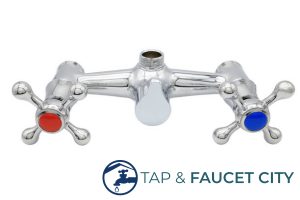 A double handle shower mixer tap comes with two handles. One for the flow of the hot water and the other one for the cold water. This shower mixer tap for bathrooms is less economical and needs extra time to reach the desired temperature. 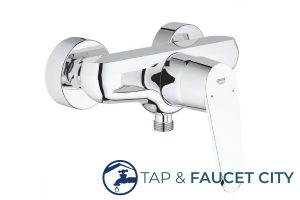 A manual mixed bath shower tap is an old-fashioned option, but because of its simplicity, people still go for it. This type of valve just has a single handle that controls the water pressure, temperature, and turns the shower on and off.

Another thing that you should know about this shower mixer is if you have children or elders living in your home, then this type of shower tap can be a problem because it cannot regulate and maintain water temperature. Also, when you use this shower tap, you cannot preset the temperature. Whenever you want to take a shower, you have to use the handle to get your preferred temperature.

Nonetheless, a lot of people still opt for this shower tap because of its very low cost. If you are on a tight budget and do not have kids, then this type shower tap can work fine for you.

A lot of us desire to have a nice warm shower after a long day. That is why we invest in a good quality shower. Though we must also give attention to our shower taps as they play an important role and make our shower experience much better. Knowing the different kinds of shower taps like the thermostatic shower taps, double handle shower mixer, manual mixed shower, and others can serve as an ultimate guide in choosing the right shower tap. Once we have chosen a shower tap, it is best to engage a plumbing professional from Tap Faucet City Singapore to install it. They are qualified experts who can do the job efficiently and provide other tap and faucet services as well.

Looking for End-to-End Tap Services? Whatsapp Us for Help! WhatsApp to Start Now! Bidet spray installations and other kinds of tap installations...

Looking for End-to-End Tap Services? Whatsapp Us for Help! WhatsApp to Start Now! Buying a perfect kitchen sink with an appropriate kitchen sink...