Proper faucet or tap installation is often overlooked as part of a home’s water system. While many people take them for granted, having the right kind of faucet installed in your home can make a huge difference when it comes to how your water is delivered and how long it takes to get hot water. There are things you need to know about taps and one of them is knowing the type to choose from. It can be a bit overwhelming to figure out which ones to install in your home. In this buyer’s guide, you will learn how to choose the best type of faucet installation in your home.

There is a lot to choose from when it comes to your kitchen sink tap or bathroom tap. Here are some of the most common types of taps or faucets you can consider installing in your home today. 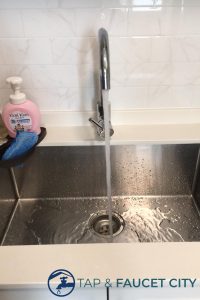 This is the most common and cheapest option for kitchen tap/faucets. It comes in different styles and finishes. Ball tap models have smaller spouts and are common in commercial status toilets because it is easy to install, does not require much maintenance, and are affordable – one of the many factors to keep in mind when choosing a tap for your kitchen. However, they do have some drawbacks. For instance, due to their multiple components, these tend to be more prone to being a leaking tap when compared to other faucet models such as the disc faucet and cartridge faucet. In either case, most homeowners prefer to install ball faucets because they have an efficient closing and opening mechanism, making them very convenient for heavy use. Ball faucets are waterless and have a hole and a central outlet.

Apart from saving money and time on plumbing, the innovation of this another common type of faucet marks one of the most creative developments in home maintenance. The most common feature of a disc faucet is the wide cylinder-like body which includes a single lever that you can lift in all directions. The main purpose of this lever is to help you regulate water flow and temperature. In addition, it is equipped with a pressure regulating cartridge in which both hot and cold water can be mixed. Generally speaking, disc faucets are high quality, easy to use, and do not require a lot of tap/faucet maintenance – preventing them from having the common faucet problems. 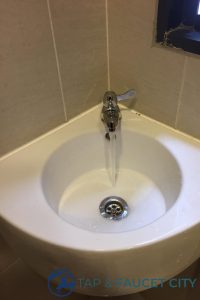 Basin taps are the most common types of faucets found in bathrooms. They usually come in three different models, each with an amazing ability to change the look and function of your bathroom. They have a hole in the center of the handle that allows water to flow out of the faucet when you turn it clockwise. Most of these faucets have a lever or button next to the spout that allows you to control the flow of water. The lever or button on basin taps models is often called a drain or shut off, while the spout on these taps is often called a spout or faucet. Pillar faucets are the most customizable faucets because they consist of two separate faucets for hot and cold water. They come with two faucet hole basins, so they are easy and convenient to use. The popularity of mixer taps has grown considerably over the past few years, especially because of their ability to achieve ideal temperature mixing in a single stream of water. They are more ideal in single-hole basins, thus making them the most ideal for bathrooms situated in areas short of space.

This shower mixer tap model is the best choice – especially if you want the very best in your bathroom. Installing this shower mixer tap can also significantly help your bathroom space, in addition to doubling the efficiency of washing your head/ hair by giving them a rinse after washing. Some of the most amazing features of bath shower mixer taps (e.g., Fidelis Bath Shower Mixer Tap FT-8204) include different levels of hot and cold jets, massage functions, water volume adjustment, and different jet patterns. The modern design is perfect for any bathroom. The white finish provides a clean and modern look. Three spray settings allow you to customize the water flow to your desired pressure. In addition, these faucets support multiple functions, with the option of a spray-type soft-close shower handle; and a modern design that brings a stylish touch to your bathroom. Installing a shower mixer tap in your bathroom is a great way to make a huge impression yet have an ordinary touch.

Modern bidet taps are based on older bathroom styles as they bring a very old-styled look. If your family loves the functionality of a bidet but not its traditional design, the good news is that you can still find modern and good-looking bidet faucets that are better than most modern bathrooms. Bidet taps feature the latest in bathroom technology. Bidet seat warmers let you enjoy the highest levels of comfort and hygiene in your bathroom. Additionally, you can choose from a variety of styles and colors to match your bathroom decor. Bidet faucets provide excellent performance in a variety of applications – for example, the water is heated and cleans better than conventional bathtubs without the high water consumption or hassle of conventional faucets. If you are considering installing a new faucet, then bidet taps are easy to install and work with most standard faucets.

Adventurous and beautiful faucets are not just for your bathroom. In fact, your kitchen also needs a quality water outlet. Installing a kitchen sink tap depends on location and what type of tap you have installed – we have a wide range of kitchen tap models that can help transform your kitchen completely. Our kitchen faucets feature the latest kitchen technology, designs, and styles at the best prices – such as the  Fidelis Kitchen Sink Mixer Tap FT – 8705C or Rubine Kitchen Sink Mixer Tap Platino – 6042. These kitchen taps have the best selection and prices – from faucets and fixtures to under-counter and overhead storage. These days, kitchen taps have endless designs and a wide range of accessories ideal for your kitchen sinks, such as statement stand-alone and pillar taps that bring a significant impact.

If you are planning for a tap/faucet installation in your home, it is important to know the different types of taps/faucets available in the market. These range from ball taps, disc faucets, basin taps to shower mixer taps and bidet taps. It is also important to choose taps based on one’s needs and it can also depend on where you are going to install it. If you need guidance in buying the best tap for your needs and also need someone to professionally install it, do contact professional plumbing with tap services.

Looking for End-to-End Tap Services? Whatsapp Us for Help! WhatsApp to Start Now! Ideally, when the shower is activated, water should flow from...

Looking for End-to-End Tap Services? Whatsapp Us for Help! WhatsApp to Start Now! Many homeowners in Singapore are interested in tap installation...

Looking for End-to-End Tap Services? Whatsapp Us for Help! WhatsApp to Start Now! Since the bathroom tap is used frequently, most homeowners in...

Looking for End-to-End Tap Services? Whatsapp Us for Help! WhatsApp to Start Now! The kitchen sink tap is one of the most commonly used plumbing...

25 days ago by tapfaucetadmin5 9

June 15, 2022 by tapfaucetadmin10 18
© 2021. Tap Faucet City Singapore. All Rights Reserved Terms of Use and Privacy Policy
Open chat
Hi, do you need some help with tap and faucet services? Text us now!