Since the bathroom tap is used frequently, most homeowners in Singapore would like to ensure that the tap installation does not require lots of repairs or replacement for many years. The lifespan of a bathroom faucet will depend on many factors like how frequently it is being used, maintenance, installation, and whether hard water is being supplied. 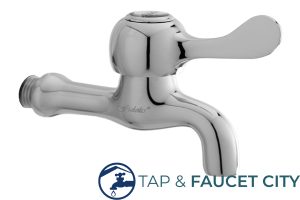 The single handle faucets are among the most common types of faucets and the simplest in design since they have only one handle or one-way tap which controls the temperature, pressure, and flow of water. These are compact faucets and will last between twelve to twenty years depending on the design and material of the tap.

Wall-mounted taps are becoming popular in modern basin taps since they can be directly mounted on the wall, and do not require a sink for installation. These faucets are available in different metals, plastic and last for 10 to 15 years. 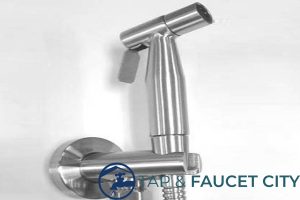 Stainless steel is one of the most widely used materials for kitchen sink taps and other taps worldwide since it does not get rusted, is durable, and requires less maintenance. These faucets will often last for 18 to 20 years if they are properly maintained. Different designs of these faucets are available.

Bridge faucets are similar to bridges in design and are easy to install. They are usually made from metal and have one or more knobs for controlling pressure and temperature which is good for a mixer tap. The lifespan of these faucets which are often used in luxury homes is 15-20 years.

Center set faucets are one of the most popular faucet designs, using separate knobs on either side of the main spout at the center to control the flow of hot and cold water. These faucets can be used for 15 to 20 years without any major problem. Most center set models are installed to shower mixer taps and to kitchen mixer taps, which are center taps that have two handles on one deck plate.

Tips To Maximize the Lifespan of Your Bathroom Taps 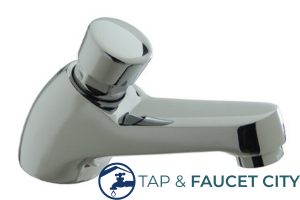 Like any other plumbing fixture or appliance, the lifespan of the taps will depend on how well they are maintained. Users should avoid applying excessive pressure to the tap to avoid the most common faucet problems. In order to maintain your faucet to keep it looking shiny, it should be regularly cleaned with a damp cloth, and then dried with a cloth. Mineral deposits are a major problem for most faucets, so it is advisable to remove these deposits before they cause many problems. The faucet should be immersed in a plastic bag filled with vinegar overnight using a rubber band so that the deposits will dissolve in it.

Additionally, the aerators of the faucet should be removed to clean them properly at least once a year. The aerators are usually located at the tip of the spout of the faucet. It is also advisable to hire professional plumbers from Tap faucet city Singapore for maintenance of the faucets, tap replacement, resolving a leaking tap, and everything what you need to know about taps and plumbing fixtures.

Since the bathroom tap is so frequently used, most Singapore homeowners want to make sure that the tap they install will not need to be repaired or replaced for many years. If you have chosen the best taps for your bathroom or kitchen, hire a professional plumber, because they are knowledgeable and expert in their field. For this purpose, contact Tap Faucet City Singapore. They are known to replace and install new taps to perfection.

A Comprehensive Guide to Bidet Sprays in Singapore

Looking for End-to-End Tap Services? Whatsapp Us for Help! WhatsApp to Start Now! When you want to get fresh, do you only clean yourself with a...

Looking for End-to-End Tap Services? Whatsapp Us for Help! WhatsApp to Start Now! People usually would take a bath only for cleaning. Now, when...

Looking for End-to-End Tap Services? Whatsapp Us for Help! WhatsApp to Start Now! The Most Common Faucet Problems Having issues with your sink is...

Why Is DIY Tap Installation or Replacement Not Recommended?

Looking for End-to-End Tap Services? Whatsapp Us for Help! WhatsApp to Start Now! Many homeowners in Singapore consider installing a faucet to be...