People usually would take a bath only for cleaning. Now, when taking a shower, it makes them feel relaxed and creates a rejuvenating experience. Hence, people are interested in installing a tap, especially with the best shower set with a rain shower where waterfalls like rain for a relaxing experience. Though the rain shower set will create a spa-like experience at home, many potential buyers are concerned about the rumors they have heard about the rain shower set, especially the water pressure and costs involved. To expose the myths about rain showers, clarifications are provided below. 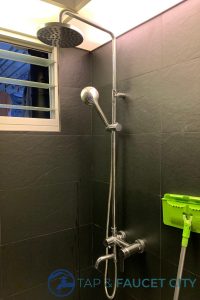 While traditional shower taps only use pressure, the rain shower uses a combination of pressure and gravity to flow water over the person taking a shower. The water droplets from a rain shower are larger for better cleaning, and the rain shower area is also more. The water pressure will also depend on whether the shower is used in the standard mode or water-saving mode. During the water-saving mode, since there is less water flowing, the pressure is also lower. 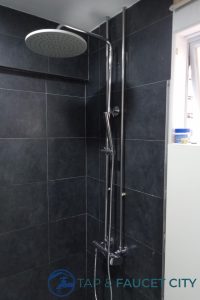 It Will Add Up to Your Water Bill 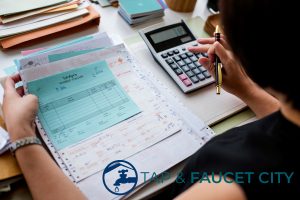 Many buyers would like to compare the prices for the various models of water taps or faucets with rain shower sets in Singapore. The cost of a rain shower set will depend on the model selected, features, material, and quality – things to consider before having a rain shower set installed. However, the price of a rain shower set is usually higher than a conventional shower, since it has a showerhead of a larger area for better coverage. Installing a rain shower is also expensive and should be done considering the family members’ height. In some cases, the rain shower may be combined with a hand shower, especially in families with children. The water bill depends on whether a water-saving shower has been selected and is directly proportional to the time spent taking a shower.

Many potential buyers of the rain shower are concerned about the myths they have heard about the shower set rain, especially the pressure and costs involved. The above mentioned are the exposure of myths about rain shower sets. Further, it talks more about the low water pressure of rain showers, water consumption, and how it will add up to your water bill. If you are interested in installing or replacing a tap installment, hire professionals such as Tap Faucet City Singapore. Each of their plumbers is a thorough professional with years of experience and excellent knowledge of various tap services which includes fixing leaking taps.

Looking for End-to-End Tap Services? Whatsapp Us for Help! WhatsApp to Start Now! In many Singaporean homes, families wish to install a tap...

Looking for End-to-End Tap Services? Whatsapp Us for Help! WhatsApp to Start Now! Mixer taps are used to supply water to multiple faucets. For...

Looking for End-to-End Tap Services? Whatsapp Us for Help! WhatsApp to Start Now! The temperature of the water coming from a tap depends on the...

Why Is It Important To Fix Your Leaking Tap/Faucet?