In many Singaporean homes, families wish to install a tap, particularly a mixer tap, so they can easily adjust the temperature of the water from the tap. In recent years, many hotels, restaurants, and homes are installing a monobloc tap since it is compact, sleek, and allows the user to vary the water temperature easily. Since many people have not purchased or installed this kind of mixer tap before, here is detailed information about monobloc mixer taps to help buyers choose the right one for their home:

Monobloc taps are mixer taps that consist of a single unit. What you need to know about taps is that these have one or two handles to adjust the ratio in which hot and cold water are being mixed to produce warm water that flows through the spout. Compared to traditional mixer taps, they are more compact. The tap usually has a cylindrical body as well as a cylindrical handle. These taps are available in different colors and finish to match the decor and other requirements of the customer. The tap products are rated based on their water efficiency which varies according to the flow rate of the water. These monobloc taps are often mounted on stone basins though they may be fitted on sinks of other materials.

They Differ from Traditional Taps 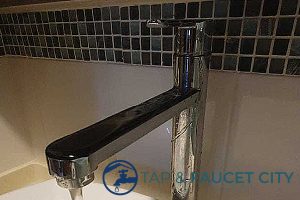 Traditional taps usually are only connected to a source of hot water or cold water. When the user opens the tap using the handle, the hot or cold water will flow out depending on the rating of the tap. Since the monobloc tap is a mixer tap, it has a provision for connecting a hot water source as well as a cold water source. The tap will also mix water at different temperatures based on the settings of the user, so that warm water will flow from the spout. A monobloc tap is also more compact compared to traditional taps. These are the main differences between a mixer tap vs. a standard tap.

How a Monobloc-Mixer Tap Works 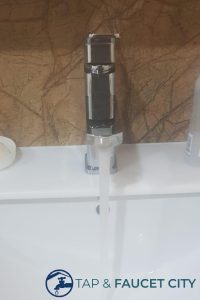 Fidelis FT-8501 mixer tap is designed for installation on the basin, kitchen sink, and elsewhere. This monobloc tap combines hot water with cold water to produce warm water at the desired temperature. The tap has been designed for a flow rate of 4.5 liters per minute. It has been rated with a single tick for energy efficiency by the Public Utility Board (PUB) of Singapore. The silver chrome-colored tap has a chrome finish for greater durability and to prevent corrosion.

One of the common types of faucets that most establishments prefer to install is a monobloc mixer tap. A monobloc mixer tap is different from traditional taps as they are compact, sleek, and allow users to easily adjust the temperature of the water. If you wish to install a monobloc mixer tap, it is recommended to engage a plumbing professional as they have the necessary experience and can perform other tap faucet services such as tap replacement.

Looking for End-to-End Tap Services? Whatsapp Us for Help! WhatsApp to Start Now! Proper faucet or tap installation is often overlooked as part of...

Looking for End-to-End Tap Services? Whatsapp Us for Help! WhatsApp to Start Now! We use our kitchen tap every day, but do you know anything about...

Looking for End-to-End Tap Services? Whatsapp Us for Help! WhatsApp to Start Now! In Singapore, most people use toilet paper to clean up after...